Friends....We are soon going to have a new website and a new record..... In the meantime I'm very excited to share a brand new song from the recording session of the album..... the song will be available next week for purchase and for streaming on ALL platforms worldwide...its called Dewayne.....here is a little something I wrote about it:

I wrote a love song to Seattle through a gritty and dusty old lensâ¦and sung through the heart of a boy named Dewayne Pomeroy. Dewayne was one of the street kids in the famous documentary Streetwise (directed by Mary Ellen Mark and Martin Bell in1984), back when Pike and Pine street were the stomping grounds for some hard core darknessâincluding a lot of teenage prostitution, when the kids referred to the men that preyed on young boys as âchicken hawksââ¦ Dewayne committed suicide the day before he turned 17, which was also the day before he was to be released from juvenile retentionâ¦. He didnât want to return to the struggle of life on the streets. Dewayneâs parole officer spread his ashes in the Puget Soundâ¦the only people attending the funeral were three social workers.

When I came to Seattle in 1990 my first job was working the coffee counter at the Athenian Inn at Pike Place market. We served 15 cent coffee and 40 cent beer, starting at 6:30 a.mâ¦ and it was mostly the homeless that came that early in the morning-the long line already formed at the door, an hour before opening time â¦It was in the days when everyone knew all the homeless folk by name and you also knew their storiesâ¦. The Athenian was like a home to many of these peopleâ¦Theyâd come in several times a dayâ¦ On occasion Iâd serve coffee for some of the âStreetwise kidsâ.

It was a hardcore place back thenâ¦People literally dropped dead on their bar stools and most of the people waiting tables, myself included, were  intoxicated by noon.  To this day when I go downtown, I still feel that same underlying energy of the place. They can shine all the granite and bulldoze the charming old buildings, but the heart and soul of downtown Seattle, the underbelly of grit and sorrow, remains a part of the city.

So when you look out onto that great body of water that seemingly stays the same while everything surrounding it is changing at break neck speed, and the numbers of homeless proliferate just as quickly, think of Dewayne and all of the other lost souls that still wander the streets of Seattle, even more incongruous and discarded than ever, and think of the words of Dewayneâs parole officerâ¦âDewayne is finally free and heâd never been free beforeââ¦.â¦ Thank you for listeningâ¦.Jesse 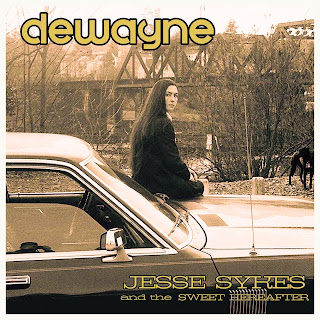